In 2018, oceanologists came as close as possible to unraveling the mystery of one of the most mysterious anomalies.

The Swedish company Ocean X, led by Dennis Osberg, specializes in exploring the secrets of the seabed. This is not only a powerful team of enthusiasts, but also a technically equipped enterprise, here at the disposal of the 56-meter research vessel OceanX MV Alucia, equipped with cameras and a helipad.

They were the first to capture a giant sea squid, studied sinkholes, recovered the wreckage of an Airbus A330 that crashed in 2009 from the bottom of the Atlantic Ocean, and tested a prototype of the Orpheus deep-sea drone developed by the Woods Hole Institute and NASA.

They, on a tip from a Russian colleague, discovered in 2015 in the territorial waters of Sweden the wreckage of the Russian submarine Som, which sank a hundred years ago.

In 2010, the Swedes found an unusual object in the Baltic Sea at a depth of 87 meters. It looked like a spaceship, as if it had arrived from the set of Star Wars. The main feature of the ship was the “loading chamber” – a giant platform with a runway, against which the divers looked like small fish.

The “Baltic Anomaly”, as divers have nicknamed it, has sunk into the seabed. A chemical analysis of the material from which the unusual object was made confirmed the conjecture that the object found at the bottom was not a thing of natural origin. 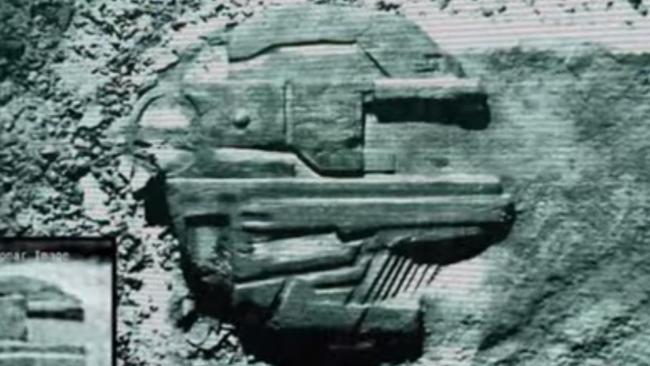 The first pictures from the depth allowed scientists to examine something from the bottom of the sea in detail – a round object of the correct geometric shape 60 meters in diameter, no sharp edges.

Near the found object, a 300-meter strip was visible at the bottom, as if the mysterious ship was landing. The yellow media shouted “Alien ship”, “Millennium Falcon”, alluding to Han Solo’s ship from the same “Star Wars”.

Fans of alternative history who studied the Ocean X data saw a fragment of Atlantis in the giant artifact, someone put forward a more prosaic version that it was a “Russian ship”. Someone spoke about the obvious presence of ramps and stairs at the facility.

Geologist Steve Weiner from the Ocean X team, after conducting relevant studies, dismissed versions of the natural origin of the “Baltic Anomaly”. He noted that it was a metal or an alloy of metals not found in nature.

Journalists and alternative historians did not subside, and soon a version appeared that at the bottom of the Baltic Sea lies a Nazi submarine from the secret developments of the Third Reich.

The assumption was based on the historical fact that the Germans often conducted their secret tests there, and a little further away was the Rügen test site, which later turned into a missile base.

Scientists reacted with skepticism to all assumptions. They noted that the picture of the object was taken of poor quality and the human imagination in such cases likes to finish what is not and never was.

Archaeologist Göran Ekberg noted that although the find was strange and in appearance really resembled the work of human hands or the intervention of an alien mind, this is far from the first such object in the world. 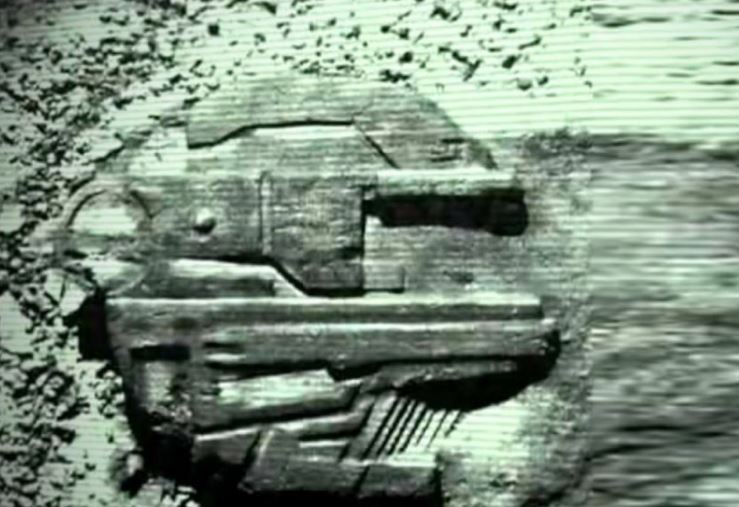 It is interesting, however, that the results of the study by Stockholm geologists, as well as the calculations of Ocean X, were quickly removed from open sources.

There was also information that the case was transferred to the jurisdiction of the Swedish and Norwegian special services. Divers from the Ocean X team looked worried as they talked about the find.

In particular, Stefan Hogerborn was not convinced by the arguments of scientists, and he still believes that the guys have found something unique.

This version is also supported by the data that some “electromagnetic bursts” similar to the terrestrial sonars of submarines were recorded in the originally published documents. Data about them disappeared from the public domain along with the vast majority of materials about the underwater anomaly.

In addition, divers claimed that it was impossible to take high quality pictures near the object. Why? There are several versions on this score – from the influence of electromagnetic fields to a force unknown to science that disables equipment.

The main skeptic, scientist Peter Lindberg, met with reporters several times and said that this was the strangest find in his life and he had more questions than answers. And then he suddenly stopped communicating.

Journalists learned from him that all telephones and other electrical appliances within a radius of 25 meters from the find stopped working. For about a month after being submerged in the water, all crew members experienced migraines and fever, as if they had been heated in a giant microwave.

Until now, there is no explanation for another oddity – who and why could give the command to curtail this mission and switch to searching for other objects. There are enough of them at the bottom of the Baltic Sea, it’s true. But it seems that someone tried to forcibly put an end to this story. An official ban has already been received for ordinary divers to dive in this place to the bottom of the sea.

In 2018, scientists from Stockholm University stated that the “Baltic Anomaly” is a product of geological origin and one should not look for signs of an alien presence where there are none. The researchers declined to answer other questions regarding electromagnetic radiation and health problems.

Post Views: 130
Tags: Why the Signals of a Mysterious Object From the Bottom of the Baltic Sea Haunt Scientists