An island in the Pacific Ocean has an unusual homage left behind by its previous inhabitants – the statues of creatures looking out of this world. Could these be representations of extraterrestrial visitors from a long-forgotten past?

Without a doubt, the original significance of a great deal of ancient artwork has been surpassed by time. What started as a hypothetical portrayt in the mind of an ancient artist might be considered an accurate depiction of actual historical events today.

This could be the case for the Temehea Tohua statues in the Nuke Hiva island of the Marquesas Archipelago in French Polynesia. At first glance, there’s a strong similitude between the stone carvings and modern portrayals of alien beings. 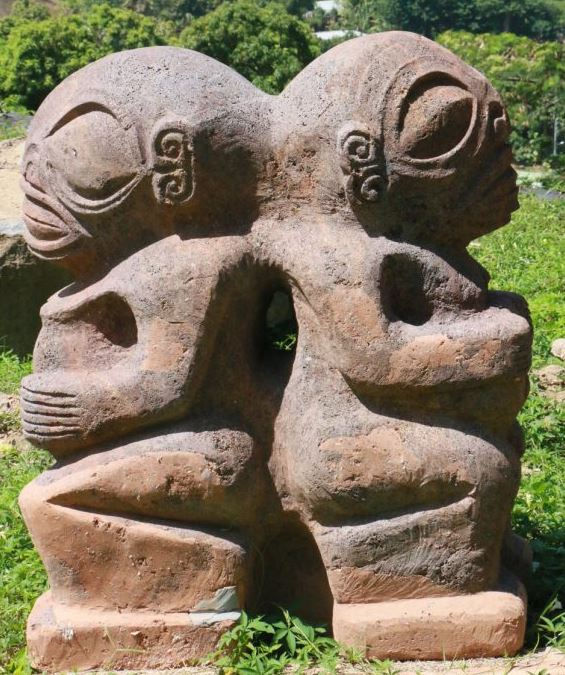 The statues were discovered when Europeans reached the Marquesass in the final decade of the 16th century, but the islands are thought to have been occupied by Polynesians somewhere before 100 A.D.

Intriguing enough, in the South Marquesan dialect, the island was called Te Fenua ‘Enata, standing for ‘The Land of Men.’ Maybe as extraterrestrial creations?

Some of the ancient statues on the Nuku Hiva Island bear a striking resemblance to otherworldly beings, which makes it probable that, at some point in time, the islanders met these extraterrestrial creatures in flesh and bone.

Could this unusual artwork be just a fiction of an artist’s imagination? Did they serve just ceremonial purpose? Could they be reminders carved in stone of an event involving archaic ETs from another planet or universe? 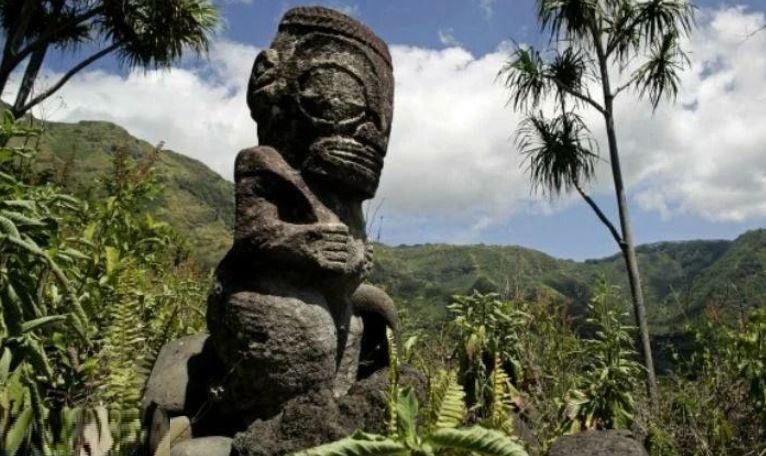 Some pieces depict beings with disproportionately large and elongated heads, gaping mouths and wide eyes. Other sculptures showcase beings with a bizarre mix of human and alien traits. Some analysts believe the statues describe two alien races – Reptilians and The Greys, although they seem nothing like modern illustrations of these species.

The Lizard People from the constellation of Draco are present in numerous conspiracy theories. Evil and deceiving, this advanced alien race is said to be governing mankind from the shadows. Did they descend upon the Marquesas Islands thousands of years ago, thus leading the unaware islanders into worshiping them as deities?

Such a hypothesis doesn’t seem too far off if we consider the colossal amount of water surrounding the islands. From an extraterrestrial’s point of view, this would probably be the best spot to hide a spaceship, while also investigating the human specimens on the nearby islands.

Modern reports of the Grey ETs depict them as 3 to 4 feet tall humanoids, with broad heads and huge elliptic eyes. Some of the statues on the island fit this description extremely well.

So, could these stone carvings be nothing but ‘tikis’ belonging to the Polynesian culture, or is there some other truth to them? One thing seems certain though: the beings they represent don’t look human at all…