One of the most bizarre and amazing scenes ever captured on video is when a meteor enters the atmosphere and hits Mount Merapi volcano, Jogjakarta (Indonesia). Yesterday’s video of the meteor went viral on social media via @jogjaupdate.

Megadata, an Indonesian internet service provider, obtained the footage on Thursday, May 27, 2021. The CCTV film was taken at Megadata’s Kalitengah Kidul in Jogjakarta. This is also where Mount Merapi can be found. Here is the video of the meteor that lit up the sky above Mount Merapi volcano 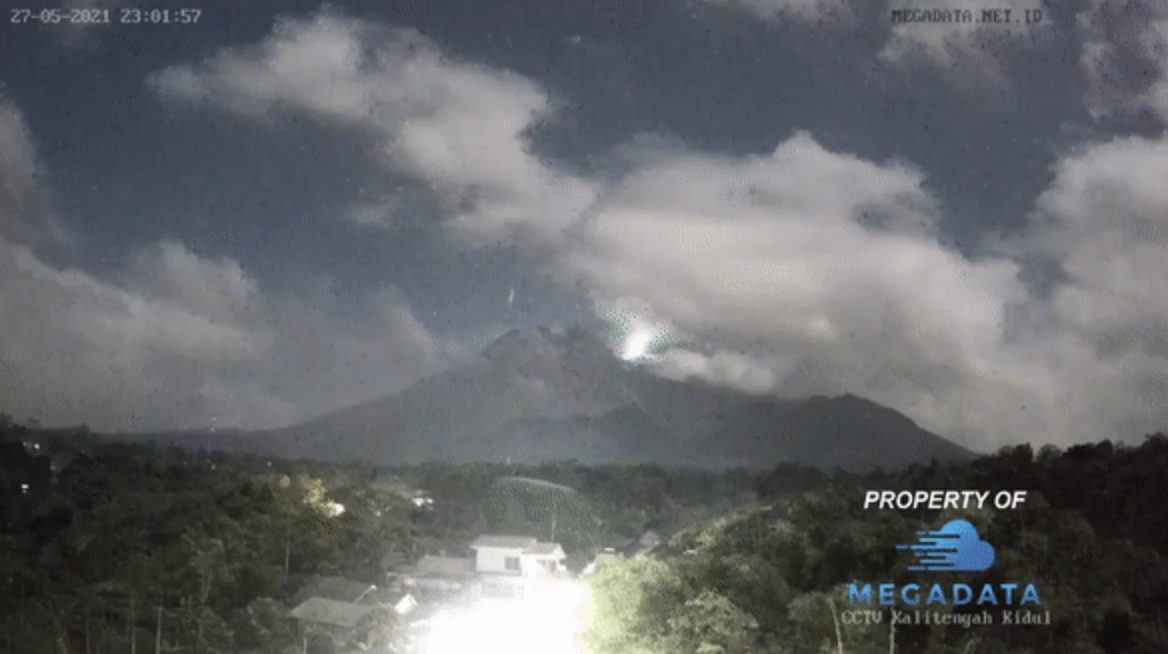 The CCTV film is blurry and a bit fuzzy, but you can see a ball light entering the atmosphere right above Merapi volcano before it crashes into it. Gunarto Song, an Indonesian photographer who was photographing Mount Merapi volcano at that time, was able capture the meteor in all its glory. Check out these stunning photos he posted to his Instagram page! 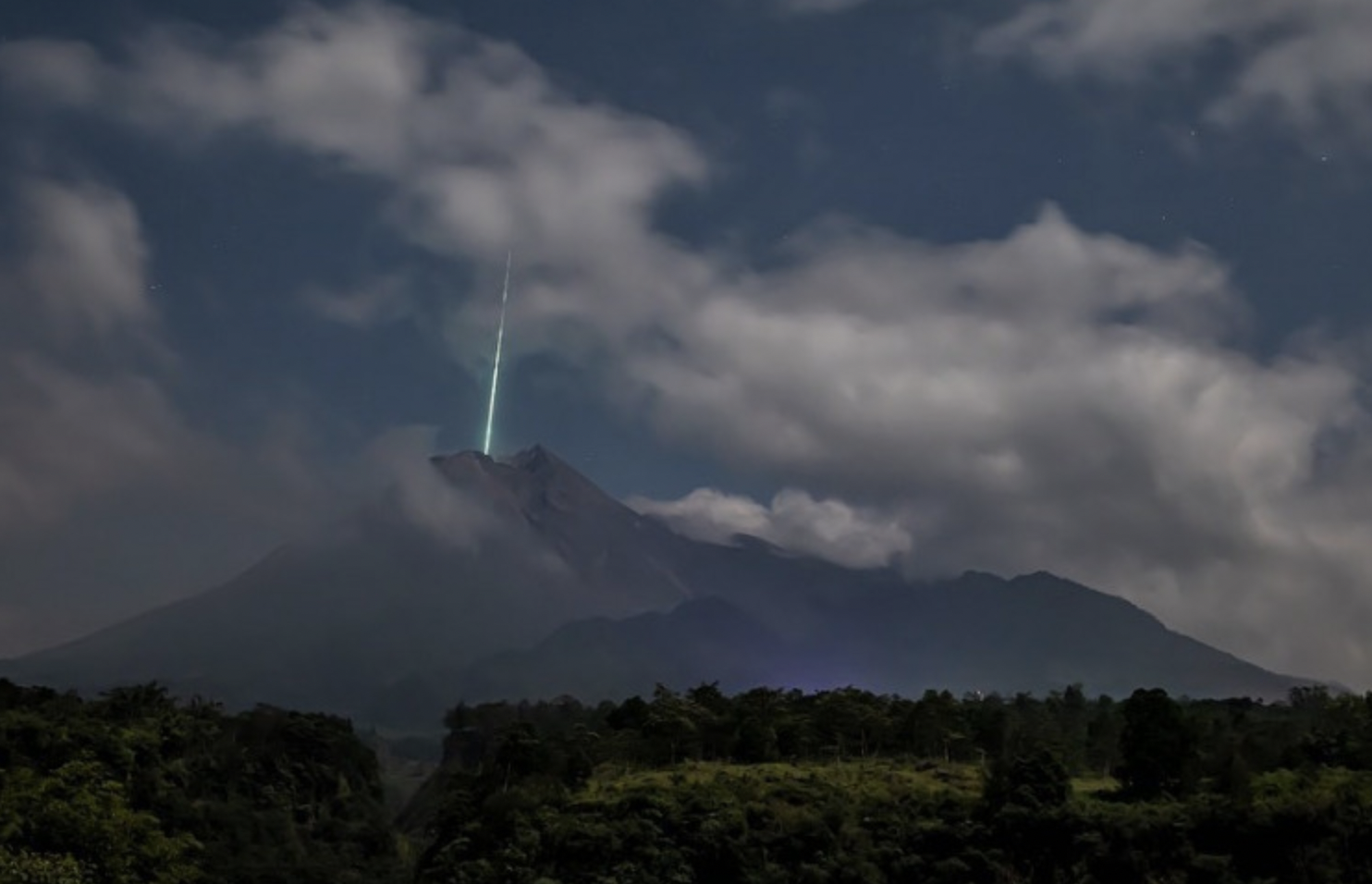 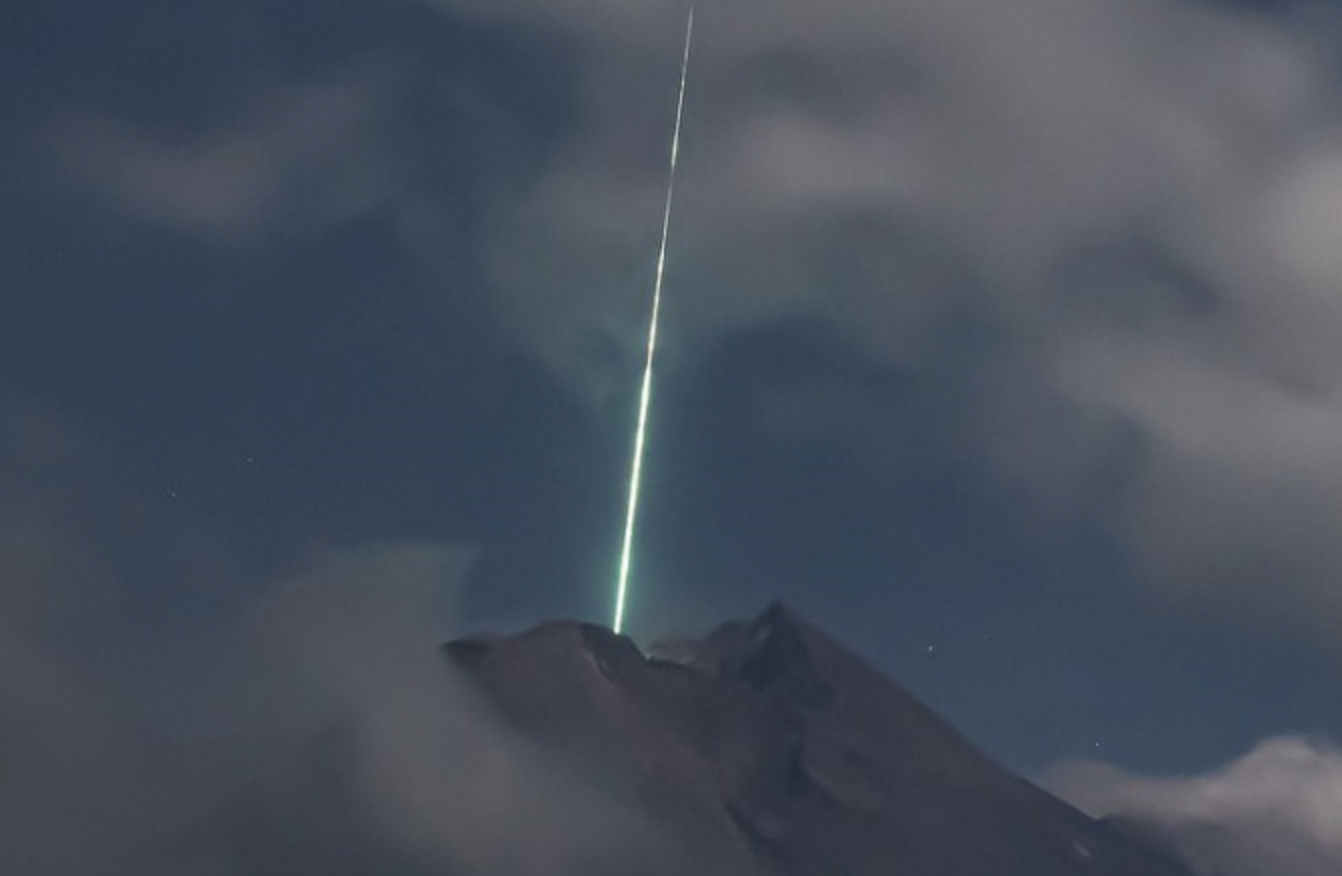 Gunarto said, “All of a sudden, a great ray of light fell from the sky onto the summit of Merapi volcano… It was very bright and swift. This is a real photograph. When I shot it, I used a 4-second exposure.” 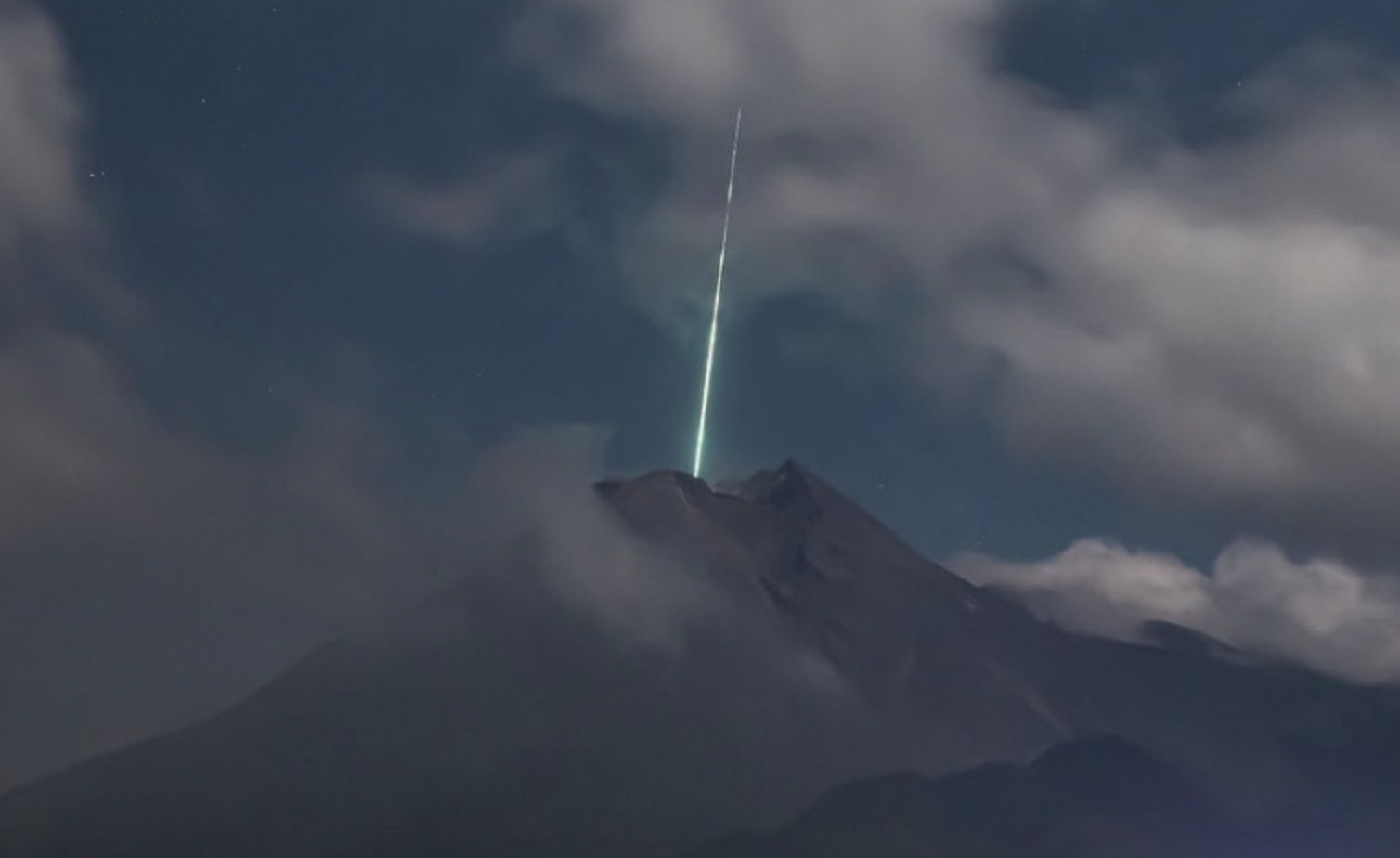 Mount Merapi is considered sacred in Javanese mythology. It is especially revered by those who live around the area. The supernatural aura Mount Merapi enjoys among the Javanese would be reflected in this amazing video and photos of a meteor hitting Mount Merapi’s summit.