The Inca Garcilaso de la Vega tells that the foundation of the Inca Empire, mixed with Tiahuanaco, was due to the kindness of Father Sun, “who sent his daughter in a silver ray that descended on the Island of the Sun in Lake Titicaca. .»

«…She came to teach the poor Indians to weave wool, cultivate the land and use metals».

Since then, this lake has been related to the “instructor gods” who would have influenced the construction not only of the wonders of Tiahuanaco but also in the beginning of the greatest empire that South America has ever known.

Now, as reported by the ARV media, the locals have captured images of a “plate-shaped metal object” that – like that goddess of antiquity – would have been introduced into Titicaca. 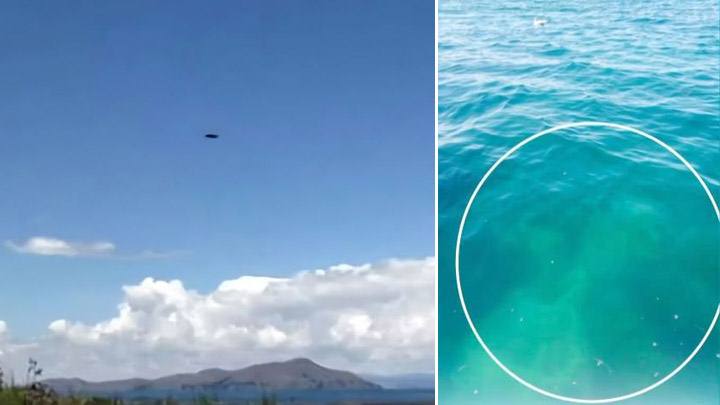 “They saw the strange device floating in place, just before submerging in the lake, and then shooting out into space,” says the journalist as heard in the following informative video:

It should be noted that the relationship between UFOs and the waters has been widely publicized in recent years due to close encounters reported by the US Navy.

Those who have coined the term “transmedia” to refer to the ability of these objects to move both in space, the atmosphere and under water.