Scientists are certain that “artificial intelligence technologies can validate the presence of alien life,” according to the Daily Star.

UFO researchers predict that AI will be able to distinguish between strange objects like birds, airplanes, and even alien life.

According to Avi Loeb, chair of the Harvard astronomy department, it may soon be possible to determine whether there are aliens living among us provided the proper data is entered.

The creator of Alien is working on 100 specialized telescopes for Project Galileo that will include wide-angle lenses, infrared technology, radios, and audio systems to help find UFOs and track far-off planets.

The goal of the privately funded initiative is to “move the search for alien technical indications of extraterrestrial technological civilizations from accidental sightings and anecdotes into the mainstream of transparent, verifiable, and systematic scientific study.”

Loeb asserts that AI will be able to determine whether the things are from Earth or our alien neighbors when the technology is employed to seek for actual objects rather than radio signals, as is the case with the long-running Search for Extraterrestrial Intelligence Institute (SETI).

The professor predicted that “We will have an artificial intelligence system that will detect whether we are looking at a bird, a drone, an airplane, or anything else” in an interview with Sifted.

The co-founder and chief strategy officer of Timbr in Tel Aviv, Zvi Weizner, reacted by stating that an algorithm to detect anomalies is being developed for the project by his company’s data scientists. 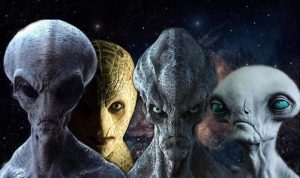 Despite the widespread usage of AI in image analysis, creating a machine learning system to identify objects is not as simple as in the Galileo example.

The issue is that it’s unclear what is being sought for, or more precisely, whether a search is being made for objects that aren’t already in the image collection and may be used to train a machine learning algorithm.

I predict that image analysis algorithms will provide a steady stream of mysterious objects represented by a collection of observational data, needing feature classification (size, shape, color, location, time, source, etc.). In order to build and train new machine learning algorithms that further reduce false positives and eventually provide a “clean” list of observations that cannot be interpreted as known objects, data scientists will be able to swiftly discover and choose the data they need, according to Avi Loeb.

The discovery was made only a few weeks after Loeb declared that the “biggest chance” for humans to establish the existence of alien life is to seek for lights on other planets that may be signs of extraterrestrial life. The theoretical physicist was motivated to create his concept after speaking with International Space Station commander Terry Wirtz, who had observed the glow of man-made lights on the night side of the Earth.

He said on Medium, “Proxima Centauri, a red dwarf that is 4.25 light-years away, is our closest possibility for envisioning city lights outside the solar system.