Are there antigravity technologies? Of course, it exists. They have existed since 1900, but have recently been developed by various engineers who think unconventionally. Nikola Tesla and other scientists have created antigravity devices that can float in the air. Bob Lazar, who worked as an engineer in Area 51, says he has made reverse engineering to an antigravity propulsion system of a UFO. The British Eric Laithwaite, nicknamed “The Antigravity Man”, has also done many experiments and devices showing that any wheel that spins at high speed develops antigravity capabilities. Also, a whistleblower, who worked for RCA and wishes to remain anonymous, says he read a memo in which one of the RCA engineers has successfully experienced an antigravitational device.

In the same memo, he also read that antigravity technology can lead to the development of free energy devices. When asked for more details from his boss, he was denied and was told to keep quiet about the subject, because this is a secret technology. 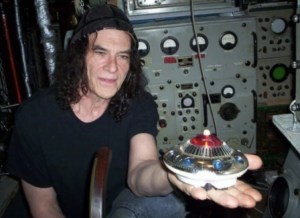 Recently, since 2000, as quantum mechanics engineers have been able to decipher some quantum phenomena, a number of quantum antigravity devices have been developed. Otis T Carr, who worked with Tesla, says he invented the flying machine powered by an antigravitational engine and that he flew successfully

Unfortunately, after his death, the FBI confiscated all Tesla’s notebooks and notes. Like Tesla, Carr was a target of government agencies who warned him to keep quiet about some of Tesla’s projects.

Anti-gravitational technologies are not put to work and kept away from the public’s eyes because they inevitably lead to vehicles, airplanes, and spacecraft that can move freely without consuming oil, and that would lead to the collapse of oil companies sponsoring the US government, as well as other governments.