UFO researcher Marcelo Irasusta discovered a monolith and a mysterious tunnel on the lunar surface. Or even two possible tunnels built very close to the landing stations (or locations) of the Apollo missions.

These tunnels have mysteriously disappeared in newer versions of the Google Moon map. Perhaps because NASA does not want some truths to be revealed.

Researcher Scott Waring commented on these strange monoliths, stating that they are not natural. 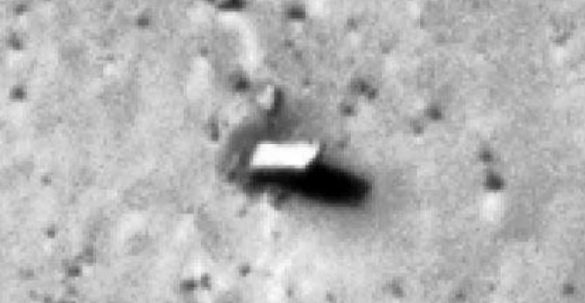 The fact that the monolith is at the end of one of the tunnels is proof that these tunnels were part of underground bases built by intelligent beings.

These two open tunnels are 1.7 km long and 5 meters wide. Argentine explorer Marcelo Irazusta said the two tunnels and the monolith are not accidentally located a few meters from the Apollo 17 mission 6 station

However, as seen in the video, some versions of Google Moon have removed these images.

Everyone asks the question: why are the monolith and the mysterious tunnel hidden? What are they trying to hide?

Have Apollo missions been conducted to observe ancient alien structures? Or were American missions aimed at exploring the lunar landscape for future super-secret underground bases?

Fortunately, Marcelo Irasusta is currently storing the images and making them available to everyone with this video (below). Images sourced from NASA and published by Google Moon.